The sea goat is a mythical and legendary creature. It’s said to have the head of a goat and the tail of a fish. The horned goat has been represented in many civilizations’ mythology throughout history. Most notably in Ancient Greek, Latin, Egyptian, and other Eastern beliefs.

What is a Sea Goat?

It’s a mythical beast that lives more as a metaphor rather than being involved in many historical events. This is unlike some of the other sea monsters from folklore and legend. Like Mermaids in Haiti, it’s obvious that this creature isn’t real; instead, it represents an idea.

It appears in a variety of forms in Greek mythology. Within Ancient Greek mythology, there are many different interpretations of the legend, and the vast majority of them pertain to Capricornus. The constellation Capricornus was seen as a sea goat.

One of these stories is that Amalthea, the foster mother goat of Zeus, was sent to live in the sky as a reward for raising him from an infant.

The mythical creature Priscus was one of the most famous goats in Greek mythology. Pricus was said to be the leader of a species of sea-goats, and he was revered as their father. Chronos created Pricus and the group of half-goat half-fish beings. He endowed them with humanlike capacities for communication and creation.

However, their nature was to live on land, and after many attempts to stop his species from existing on land, Pricus was the last sea-goat remaining in the ocean. He pled with his creator Chronos to end his life. Chronos, however, allowed him to live in the sky.

The Greek deity Pan was also known as a sea goat. Pan was regarded as the god of the woods. In a story about Zeus and Typhon’s battle, Zeus tries to go into the river in order to flee. He attempts to change into a fish, but he fails, becoming half fish instead.

The gods are joined in battle, and Zeus is the victor. However, he loses his leg muscles as a result. Pan helps him, along with Hermes, to restore his full body and is subsequently sent to live in the sky as a thank you for his assistance.

The idea of the sea goat reappears in the form of Aegipan, a mythical being who was similar in stature to Pan. Aegipan was said to be the offspring of Zeus. He had the lower half of a fish with the upper half of a goat.

Suhurmas was the name given to Capricornus in Ancient Mesopotamia, which translates as “goat-fish.” Enki, the Sumerian god who represented flowing water, the goat, and a bird, was frequently linked with Capricornus.

This mythical creature first came to prominence in Jewish folklore. In a typical Jewish narrative, the Leviathan orders that all sea creatures be offered to it. Creatures had to go far and wide to follow this directive, with the sea-goat among them.

A sea goat is the image of the constellation of Capricorn. In the same picture, we see a goat and a fish combined in the Capricorn sign of the zodiac, implying that they are together.

Many of the stories about how Capricorn got its start are connected to Zeus’ sending Gods to the sky. This happens with Pan, Pricus, and Amalthea.

The constellation of Capricorn includes the star systems Beta Capricorni and Delta Capricorni, which are 329 and 38 light-years away from Earth, respectively. Many brilliant stars reside in these systems, including Dabih.

Why are Capricorns called sea goats?

The sea goat is a mythical aquatic creature that is half goat and half fish, according to legend. Augustus’ coin depicts Capricorn as a sea goat, representing the sign of the Zodiac. The constellation Capricornus was frequently represented as a sort of sea goat throughout history.

What is a sea goat called?

The name Capricornus is derived from Latin. It translates as “horned goat,” “goat horn” or “having goat-like horns.” It’s typically depicted as a sea-goat: a legendary creature that is half goat, half fish.

Is a sea goat a real animal? 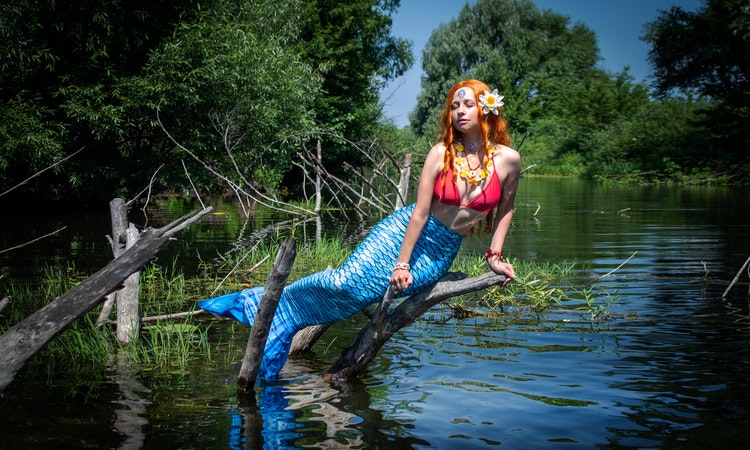