The stunning queen angelfish calls the western Atlantic ocean home. This vibrant creature is an ocean floor dweller that can typically be found in coral reefs near warm water.

The blue and yellow coloring, as well as the “crown” on its forehead, are what cause this fish to be so distinct. The crown is what sets it apart from the Bermuda blue angelfish which shares a similar range and can breed with this type of fish. Read on to learn more.

Quick Facts on the Queen Angelfish

This species of animal grows to be a maximum of 45 cm long and 1,600 g in weight. Usually, males are larger than females but this isn’t always the case.

The main way to tell this species apart from the Bermuda blue angelfish is by the crown. Youngsters are a dark blue with bright blue vertical lines and a yellow chest area.

In total, seven other color morphs have been noted near the Saint Peter and Saint Paul Archipelago off Brazil’s coast. The most often seen one is a mostly gold or very bright orange hue. Others might be brightly blue with some yellow, black, or white stripes present or even entirely white in coloration.

There are at least two recorded instances of wild queen angelfish with a “pughead” skeletal deformity at St. Peter and St. Paul. A squashed upper jaw and a lower jaw that protrudes outward. Deformities of this nature mostly occur in fish who are kept in captivity.

You can spot them near Florida in the Gulf of Mexico and in the Carribean going down as far as Brazil. They also extend east of Bermuda around Saint Peter and Paul Archipelago.

Like the Atlantic wolf fish they dwell at the bottom of oceans near shorelines, and can live as deep as 70 meters. They are found among coral reefs and prefer soft corals. These fish typically swim solo or in pairs.

The diet of adult queen angelfish consists mostly of sponges, but also includes tunicates, jellyfish, corals, plankton and algae. Juveniles often act as cleaner fish to remove parasites from larger fish. For example, in the waters off St. Thomas Island and Salvador Bahia, 90% of an adult queen angelfish’s diet is made up of sponges.

More than 30 prey species may be consumed off the Saint Peter and Saint Paul Archipelago. With 68% being sponges, 25% algae, and 5% bryozoans.

Queen angelfish appear to be choosy with their food, as the amount of prey in their diet does not match how common those prey are.

Male queen angelfish typically have a large home area with several females. However, not much is understood about their sexual development. It is presumed that they change from female to male, similar to other protogynous hermaphrodites.

The largest harem female may transform into a male if the territorial male disappears. Around midday, the females forage individually in different locations.

The male of this species takes care of the eggs, sometimes incubating them in his mouth. He is known to be very aggressive when it comes to rivals and will rushes at then circling them before moving on. Spawning or egg-laying happens all year long but appears to peak during a full moon.

Male fish attempt to impress female fish by swimming and/or “soaring” next to them or above them. If the male is accepted, spawning will occur where the female swims towards the surface with help from the male who will be swimming under her pushing against her vent.

After releasing their eggs into the water, the female can discharge between 25 and 75 thousand eggs per day. After spawning, both parents return to the bottom of the ocean.

The eggs that are transparent remain suspended in the water for 15-20 hours. The larvae that hatch have a large yolk sac, but no functional eyes or fins. However, two days later, the yolk is absorbed and they begin to look more like fish.

At 15 to 20 mm (0.6 to 0.8 in), these plankton-eating larvae quickly grow and descend to the floor as juveniles within a few weeks.

Juvenile angelfish are loners who live in coral and beside finger sponges. They set up stations where other fish can come to get cleaned.

Queen angelfish are mostly caught for the aquarium trade instead of being eaten because they are very valuable.

Juvenile angelfish are more likely to survive in aquariums because they can eat regular food, as opposed to adults who need a specific diet.

The queen angelfish is the most popular marine ornamental fish sold in Brazil. 43,730 of these fishes were traded in Fortaleza from 1995 to 2000. Also, in 1995, 75% of all the marine fish sold were queen and French angelfishes.

In 2010, the queen angelfish was labeled least concern by the IUCN as it is only significantly fished in Brazil and its wild population appeared to be stable.

The Queen angelfish have been caught in the eastern Adriatic Sea, off of Croatia back in 2011. Then again more recently in 2020, they were found near Malta in the Mediterranean Sea..Most researchers believe that these fish population growths are from introductions by the aquarium industry and not because of natural colonizations.

In 2015, an angelfish from an aquarium was found in the Red Sea’s Coral Beach (located in Eilat, Israel) with a kidney infection. This specific bacterium had not been recorded before in fish living in the Red Sea, causing worry that it could infect other native fish as well. 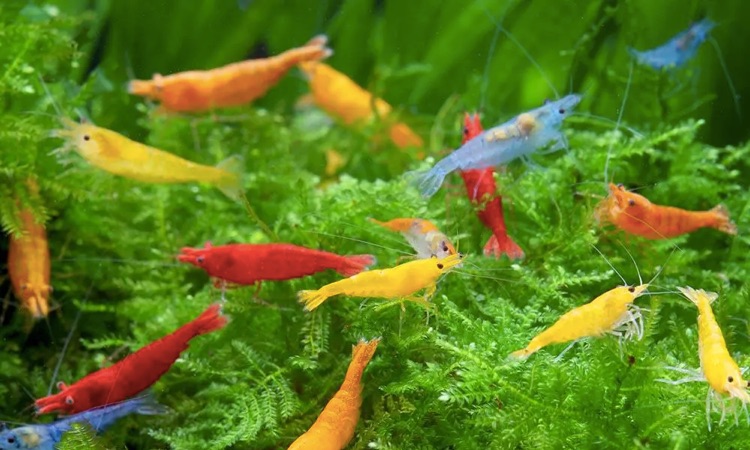 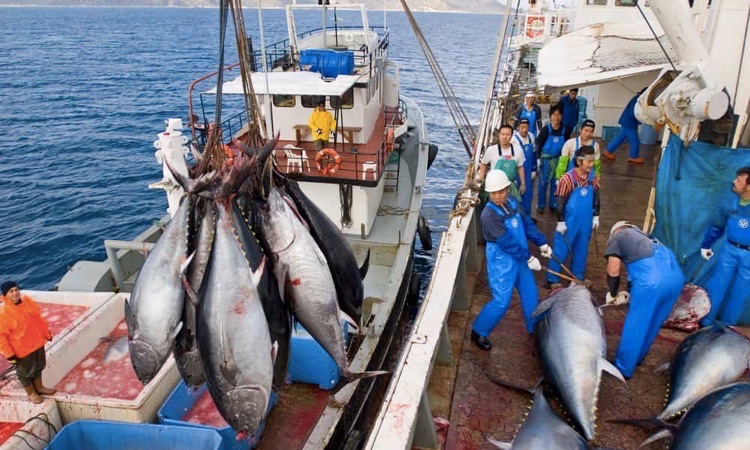