What are the distinctions between snow crab vs king crab, and which have a better flavor? If both species of crab are as popular as they are, which one should you select for your next restaurant or home delivery dinner?

There’s nothing quite like a succulent crab leg dinner, but understanding which one will best satisfy your appetite takes some crab expertise.

Crab comes in a number of sizes, shapes, textures, and tastes. The most prevalent kinds are the snow crab and king crab, but they have several significant differences that set them apart from one another.

We’ve got all the answers to your snow crab vs king crab concerns, from selecting your crab legs to cooking and cracking them. Let’s start with a few basic facts before proceeding into a more detailed analysis of the two crabs.

Here are 4 interesting facts to compare and contrasts between both these species of crab.

A snow crab leg’s shell is significantly thinner than that of a king crab leg, making it simpler to crack and extract meat from. King crab legs have a spiky shell, making them somewhat more difficult to handle.

Snow crab flavor is mild and sweet. The flesh of king crab is so hard that it usually stays whole after being taken from its shell. It’s flavor is sweet but not as mild as snow crab.

Four or more crab legs are attached to each snow crab cluster. King crab legs are quite big, and a single portion typically contains one or two legs.

Snow crabs are more common than king crabs. King crabs are one of the rarer species of crab which curtails their supply in the market.

Both of these delicate and delicious crab legs may be found at your local grocery store or from reliable online seafood vendors who will deliver them to you in no time. The two crabs are generally cooked and flash frozen on the fishing boat, making them ready for transport.

These 5 attributes separate the snow crab vs king crab.

A snow crab’s texture is firmer and more fibrous than that of a king crab. Its flesh cuts apart easily into long pieces, making it simple to shred into tiny bits.

When not overcooked, snow crab leg shells shatter and split open in your hands. King crab legs require a little more effort. The legs of the king crab are thicker and have a spiked, difficult-to-crack shell, but they’re well worth the effort when you bite into one.

When attempting to consume its exquisite meat, a cracking tool is generally necessary. The flesh is delicate in texture and ranges from white to red-streaked, with larger pieces breaking off.

Size Difference Between the Snow Crab vs King Crab

The most noticeable difference between snow and king crab is the size. King crabs might weigh up to twenty pounds and be up to five feet wide.

Their legs are generally larger than a snow crab’s and have more meat, although they weigh somewhat less. King crab legs can weight up to six pounds each.

Snow crabs, on the other hand, have long legs and a significantly thinner shell. Snow crabs can weigh up to two to four pounds but are known for their flavorful taste.

The snowy crab is a big, freshwater crab that can reach up to three pounds. You’re likely to get a male with the snow crab species because males are about twice the size of females.

The flavor of Alaskan king crab is without a doubt well-known. Anyone who eats one bite will undoubtedly become an addict for life. The king crab’s leg meat is similar in taste to lobster, being sweet and rich.

The snow crab’s name derives from the fact that its flesh will turn from red to snowy white when cooked. The snow crab has a sweet yet subtle brininess to it.

Snow crab legs are generally less expensive than king crab legs, although they may be more expensive in certain locations. Snow crabs are sustainably harvested and responsibly managed, making them an environmentally responsible choice. The longer season of snow crabs and their greater ease of accessibility account for the lower price.

The northern waters of the North Atlantic and North Pacific oceans attract northern crabs, also known as gray or glaucous snow crabs. They may be found in the frigid seas off Maine, Alaska, Canada, Russia, Greenland, and Norway.

The season for harvesting crabs is from late fall to early summer, but it varies depending on their location. The Alaskan king crab has a shorter harvesting season and needs a more specialized environment.

The king crab lives in the Bering Sea between Russia and Alaska, where fishers capture them for a few short weeks each year between the late fall and early winter. As a result of their limited supply and high demand, they are a more expensive dish for seafood enthusiasts.

Let’s explore how to cook the snow crab vs king crab in more detail.

The USDA chart provides all the information you’ll need to plan a safe and delicious seafood dinner. The ideal cooking temperature for king crab or snow crab legs is approximately 145 degrees Fahrenheit, according on the USDA recommendation chart.

Keep an eye on your crab legs while they “cure,” especially since you’re basically reheating previously cooked meat. You’ll notice a pearl white, opaque quality to the flesh that indicates that your crab legs are done to perfection.

It does not have to be time-consuming to pick a cooking technique. While there are numerous methods to prepare an excellent snow crab or king crab dinner, it usually boils down to personal preference. You may choose from five distinct ways of preparing your snow crab or king crab legs: boil, steam, oven, grill, and instant pot.

The boiling process is the most common method for preparing crab legs. It’s straightforward, old-fashioned, and fairly reliable. When you boil your crab legs, the water circulates throughout the meat and shell evenly, keeping your crab meat juicy and full of flavor.

Some individuals like to cook their crab legs in different ways, and one of the most popular is by boiling them. One disadvantage of this method is that if the crab legs do not drain completely, they might be a little watery.

The steaming process is simple and efficient for both snow crab and king crab legs in a huge enough pan, much like boiling.

While a pound of bigger crab legs is typical in a steaming basket, plan ahead to fit your dinner needs. Steaming is a popular technique for retaining the taste of crab meat within the shell rather than leaking into the cooking water.

With the steaming preparation choice, you’ll avoid having watery legs. The disadvantage is that most steaming baskets can only contain up to a pound of crab legs, so prepare ahead of time.

Crab legs are delicious and simple to prepare in the oven. They will not disappoint, whether you choose to bake or broil them.

Baking crab legs in an oven prevents juices from escaping and minimizes cleanup.

If you’re heating something for a large meal, this method allows you to focus on your side dishes while it cooks. The greatest outcomes will be obtained by wrapping snow crab or king crab legs in foil clusters.

Four clusters are best suited to a heavy-duty aluminum foil. You’ll have perfection in just twenty-five minutes with frozen crab legs or fifteen minutes with thawed legs if you broil them instead of frying them. When you broil your crab legs in the oven, consider adding butter flavoring into the meat while it heats.

The broiler temperature will caramelize your crab legs, enhancing their taste. The only disadvantage is that if you’re cooking for a large group, the sheet pan you’ll be using may lack room because of it.

Snow crab and king crab legs will be delicious grilled, and if you cook them in foil packets, cleanup will be a breeze.

If you’re grilling your crab legs without using foil packets, apply a little olive oil or butter to keep them from sticking.

Cooking Snow Crab vs King Crab in an Instant Pot

Crab legs cooked in an instant pot are ideal for making crab cakes, as well as being a time saver and maintaining the meat succulent and juicy.

While the amount of clusters you may pressure cook at a time is determined by the size of your instant pot, your snow crab and king crab legs can be manipulated to fit more in.

This method works best for people with a tiny family or who want to utilize the smaller snow crab legs. If you have a tiny instant pot, this is an option.

The joints can be bent to fit your instant pot better, but keep in mind not to overload them. With thawed legs, this is much easier; you may have three to four clusters simultaneously.

The fantastic news is that you’ll only pressure cook the crab legs for four minutes, so you may enjoy your first serving while another is cooking and sealing in moisture.

A simple side of dipping butter, on the other hand, is always required to complete your crab leg dinner. A few lemon wedges and clarified butter are the way to go if you’re serving snow crab or king crab legs as a side dish.

To make clarified butter, combine equal parts unsalted butter and water in a small saucepan over low heat. Allow the solids to separate from the fat for approximately 10 minutes, then add minced garlic, salt, and pepper to taste. Stir occasionally as the flavors cook.

Skim the foam from the surface of your sauce once it’s off the heat. Drain any remaining clarified butter into a dish through a fine-mesh strainer.

You’ll adore this, and it’s wonderful with side dishes like pasta and veggies. It may be frozen for up to six months or kept in an airtight container in the fridge for up to three months if you make a big enough batch.

Squeeze a few lemon slices into your clarified butter or over the crab leg meat after removing it from the shell, then enjoy it.

Which is better king crab or snow crab?

Why is king crab more expensive than snow crab?

The harvest season for king crab is short and in some seasons supply can be limited. Moreover, its lobster-like flavor makes it very desirable.

For the king crab, those larger legs provide consumers with large, firm hunks of delicious, sweet white meat. Snow crab flesh, on the other hand, shreds into lengthy strands rather than large chunks like that of king crab. Although snow crab flesh is delectable and luxurious, it has a distinctive briny flavor that king crab does not possess. 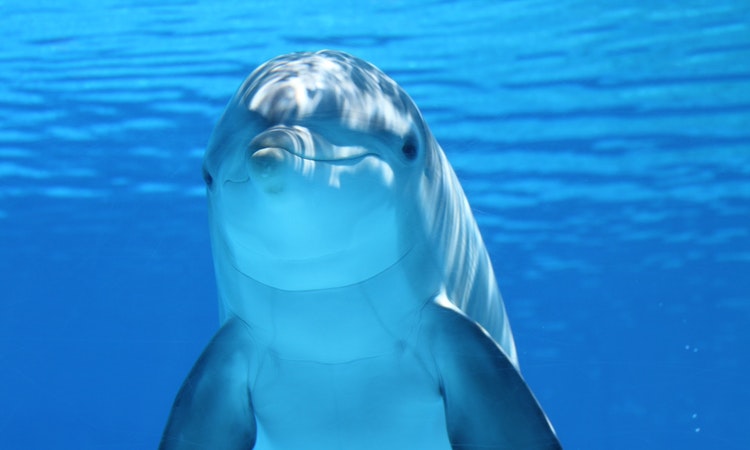 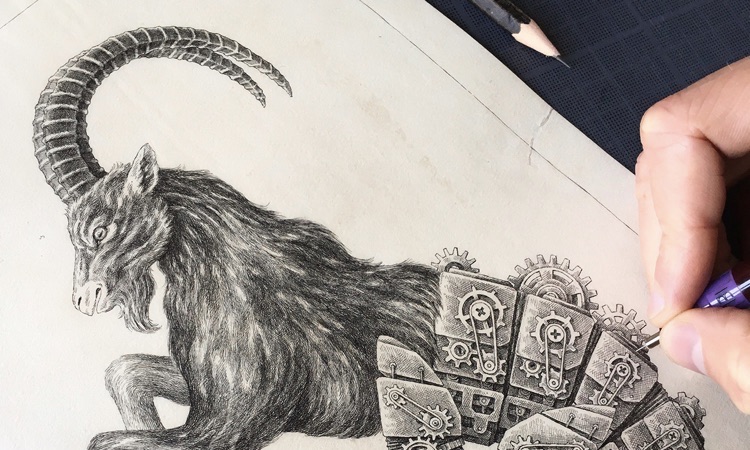